On December 11, 2017, AOS delivered 200 Christmas stockings to the Salvation Army of Hampton Roads. Stockings were filled with toys and other items for children 0-12 years old in the Tidewater area.

More than 60 Atlantic Orthopaedic physicians and staff donated their time and money to purchase, assemble and deliver the Christmas stockings to the Salvation Army. Some were assembled by staff members at the Clearfield office and others were taken home, to be brought back to Clearfield later.

Staff and employee donations have increased every year AOS has participated, starting with 77 stockings in 2010 and reaching 200 this year. Debby Hogge of AOS organizes the stocking stuffing for the practice. When asked about it, she said, “The best feeling was watching that truck drive away filled with stockings for the children.”AOS delivered the completed stockings to the Salvation Army distribution center in the Kempsville area on December 11. From there the Salvation Army will distribute the stockings to the children of area families participating in their annual Christmas assistance program. 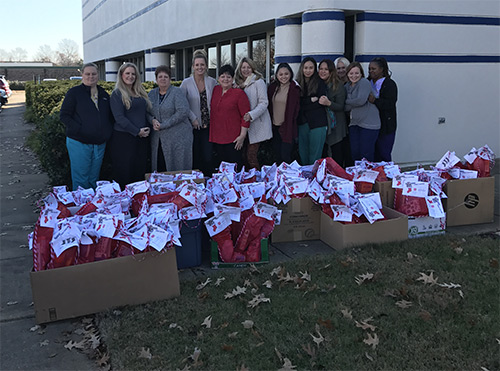 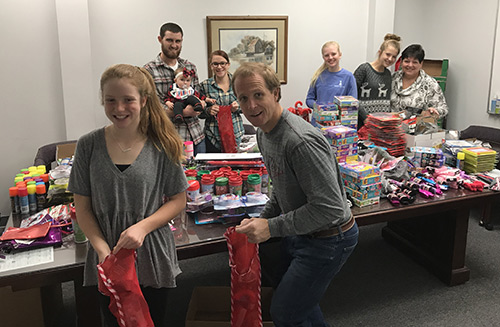