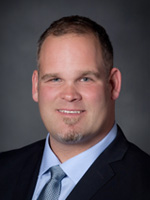 With the NFL Draft fast approaching, I’d like to share a bit of my experiences at the NFL Combines. Since 2006, I have been with the medical staff at the NFL Combines in Indianapolis, IN. I am one of three orthopaedic surgeons that work with the Washington Redskins to evaluate all 330 or so collegiate players that aspire to be part of an NFL team each year. The Redskins owner Dan Snyder, the entire Redskins coaching staff, and the training and therapy staff attend the combines as well, as it is also a time and a place to work out business deals, catch up with fellow coaches and colleagues and evaluate the players coming out of college.

As part of the Redskins medical staff, our duties are to examine and evaluate each player’s medical and physical health and capabilities necessary to perform in the NFL, and more specifically for the Redskins. Each player is put through a rigorous exam that includes medical lab tests, EKG’s, echocardiograms, MRI’s, x-rays, a comprehensive medical and musculoskeletal exam and psychological testing. Each player then receives a grade on his medical exam as far as concerns for injury, longevity and overall health. This grade is combined with intelligence examinations, team interviews and the more prolific strength, speed and skill testing which allows the team to rank each athlete’s overall value.

This year there were some great players but not as many standouts as in years past, such as 2012 when the Redskins were actively courting RGIII as early as the combines. The offensive and defensive linemen continue to get bigger, faster and stronger (300 lbs plus and a 5.2 forty time is now the average). Wide receivers and defensive backs continue to fight an arms race of height, speed and strength, as is evidence by the likes of guys like Fitzgerald, Sherman and ‘Megatron’ in the NFL. Even though players are getting bigger, stronger and are hitting harder over the past 7 years, the players coming through have had less injuries, received better surgeries and treatment when injured and are overall healthier than they ever have been. For many players this is the result of better conditioning, better equipment, a better understanding of the game and more consistent medical care by Sports Medicine trained physicians.

The improving care and health of players in the NFL and their ability to comeback from injury is evident no more than by Adrian Peterson of the Vikings and the Redskins own RGIII. For many on the medical and coaching staff RGIII remained the focus this year at the NFL Combines, as he was essentially 6 weeks out from ACL reconstruction. As of the Combines this year, he was right on track for a recovery to play next season barring any setbacks. He has also more than surprised everyone with his great attitude and a strong determination in his rehabilitation process.

Robert Griffin III’s determination and recovery is one of the reasons that I love helping elite athletes and the average guy get back “in the game”. The Combines humble you as to how hard many of these guys have worked to get where they are and excel in a tough environment like the NFL. Obviously, many of my patients are not trying out for the NFL, but I can confidently say that I am able to take those experiences, determination and zeal and apply it to the everyday athlete as a Sports Medicine Orthopaedist at Atlantic Orthopaedic Specialists. It is a wonderful, satisfying and rewarding process to take a patient through an injury where they cannot function properly and then see them back at work or play as they were prior to their injury, be it on the football field, at the shipyard or in the warehouse.